To download the latest app version called "Memobird" for Android and iOS, please scan the QR code below. 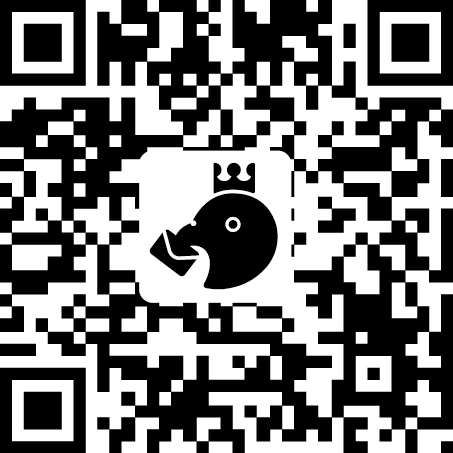 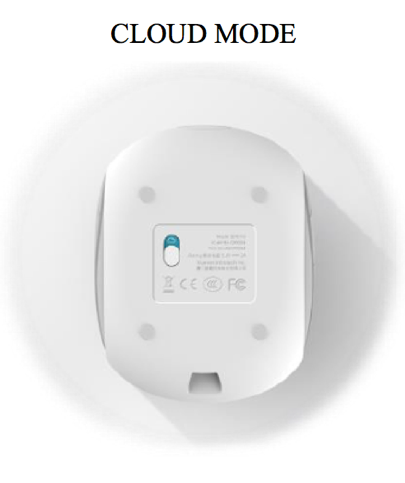 Power on your Memobird device, then the green light on the front button will be on.

Please be aware that Memobird does not support 5Ghz Wi-Fi and Wi-Fi network that requires account login.  Your Wi-Fi name and password must not contain any special characters.  Therefore, please enable your 2.4Ghz Wi-Fi and then connect your phone to 2.4Ghz Wi-Fi. If you're not sure about your Wi-Fi band, here's how to find out if your Wi-Fi band is 5Ghz or 2.4 Ghz

Before you start, please make sure you have enabled your phone's Location Service, Bluetooth, and your phone is connected to your Wi-Fi network

If your phone doesn't show a QR scanner, go back to the Homepage and tap  QR Scan.

If the QR code is not scanned, try to slowly move your phone closer and further from the code until it's successfully scanned.

*Please be aware that one Memobird device can only be bound to one Memobird account. If more than one users bind to one same device, the last user account who binds to Memobird would be the bounded account.

Want to print without an internet connection? Complete the setup for Local Mode printing mode shown below.

You can only use this mode after you complete the first installation in Cloud Mode. In Local Mode, your phone won’t be able to connect to the internet.

Toggle the switch under Memobird to Local Mode(you won't be able to see the cloud icon), then the light on the button will change color to blue, and Memobird Wi-Fi's name & password will be printed out. 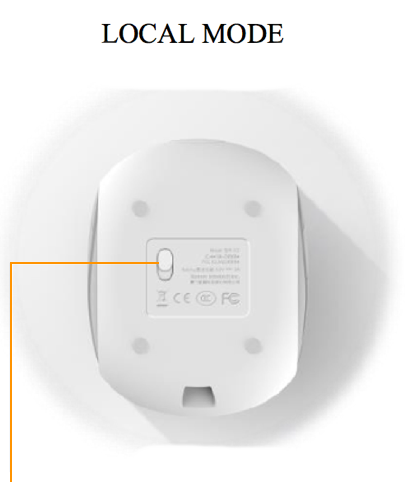 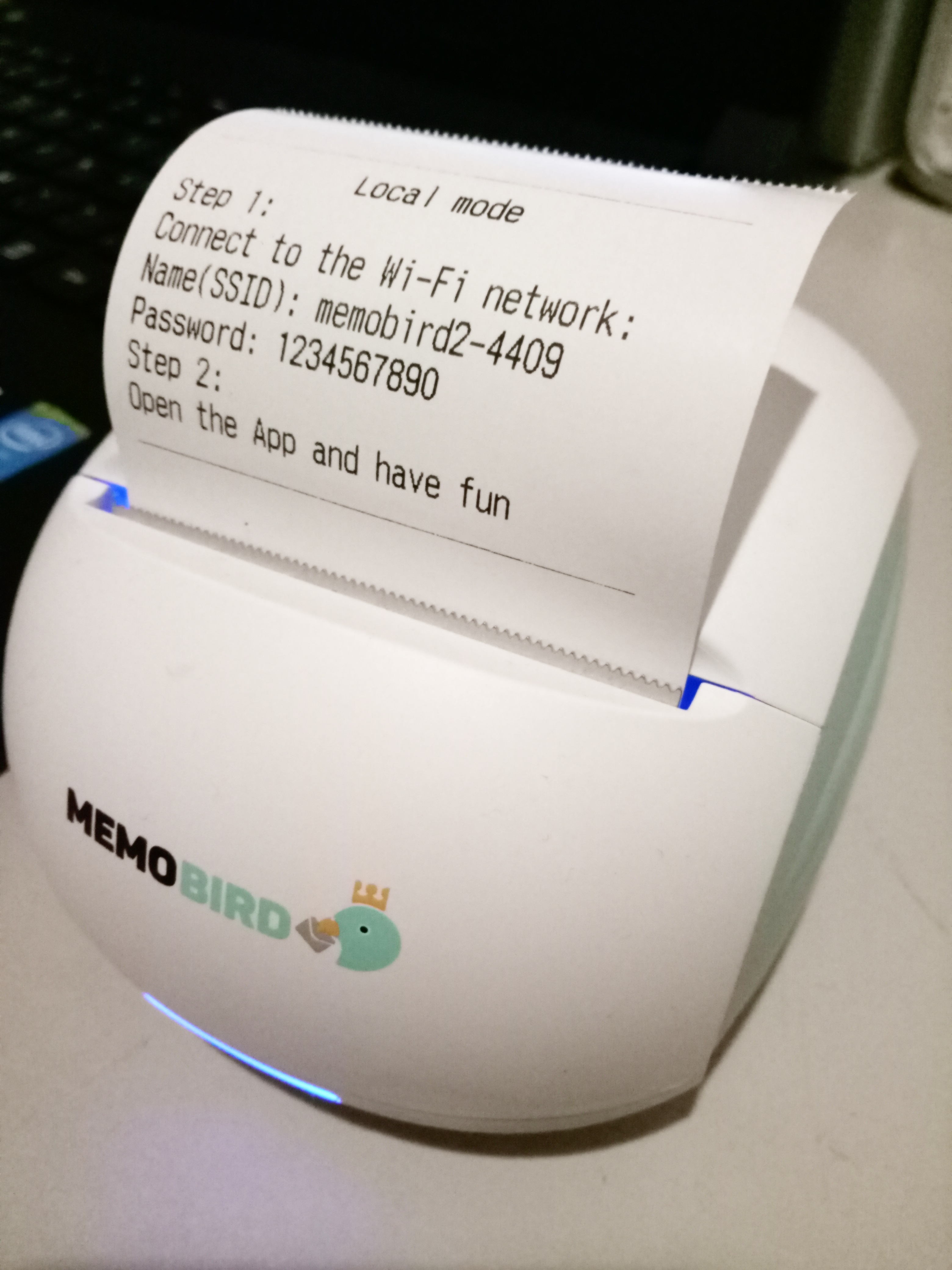 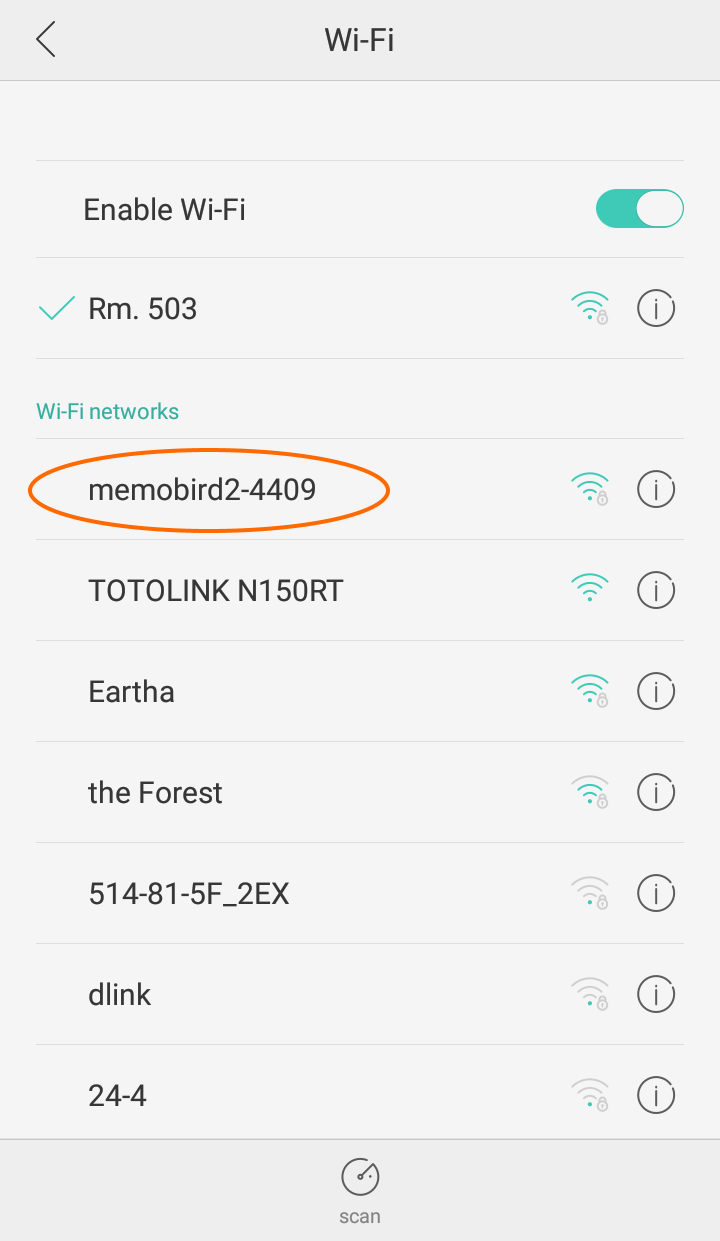 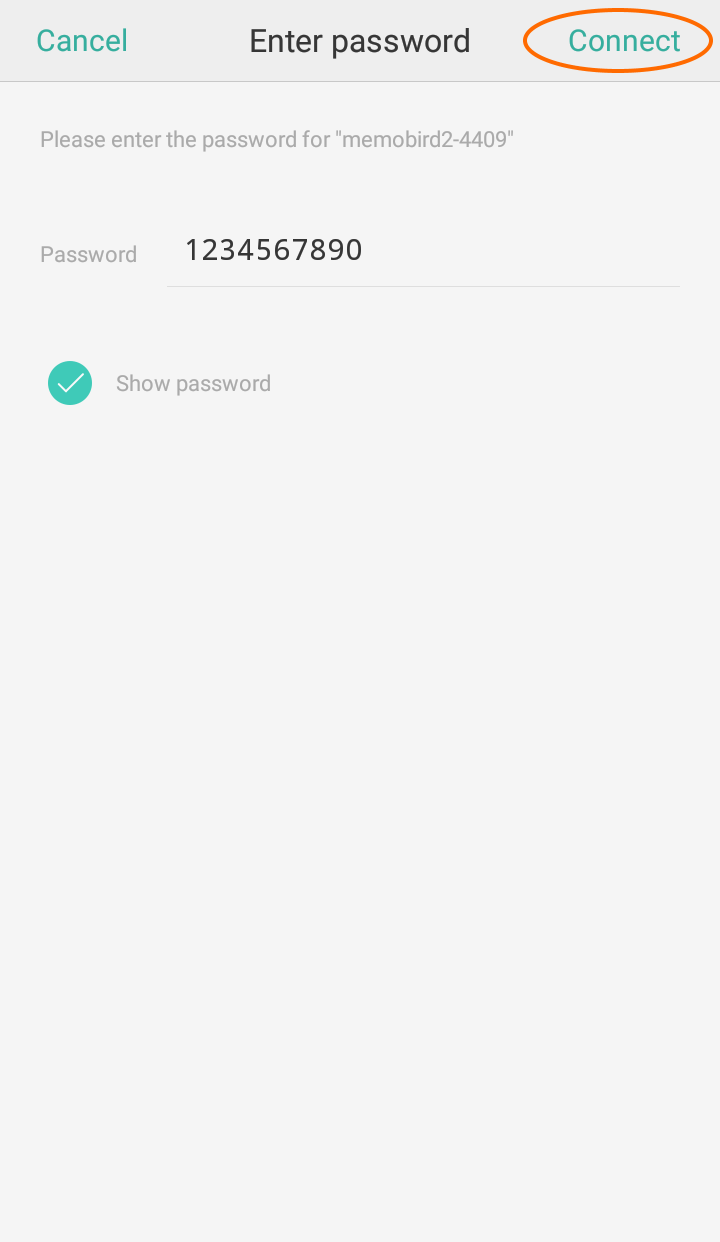 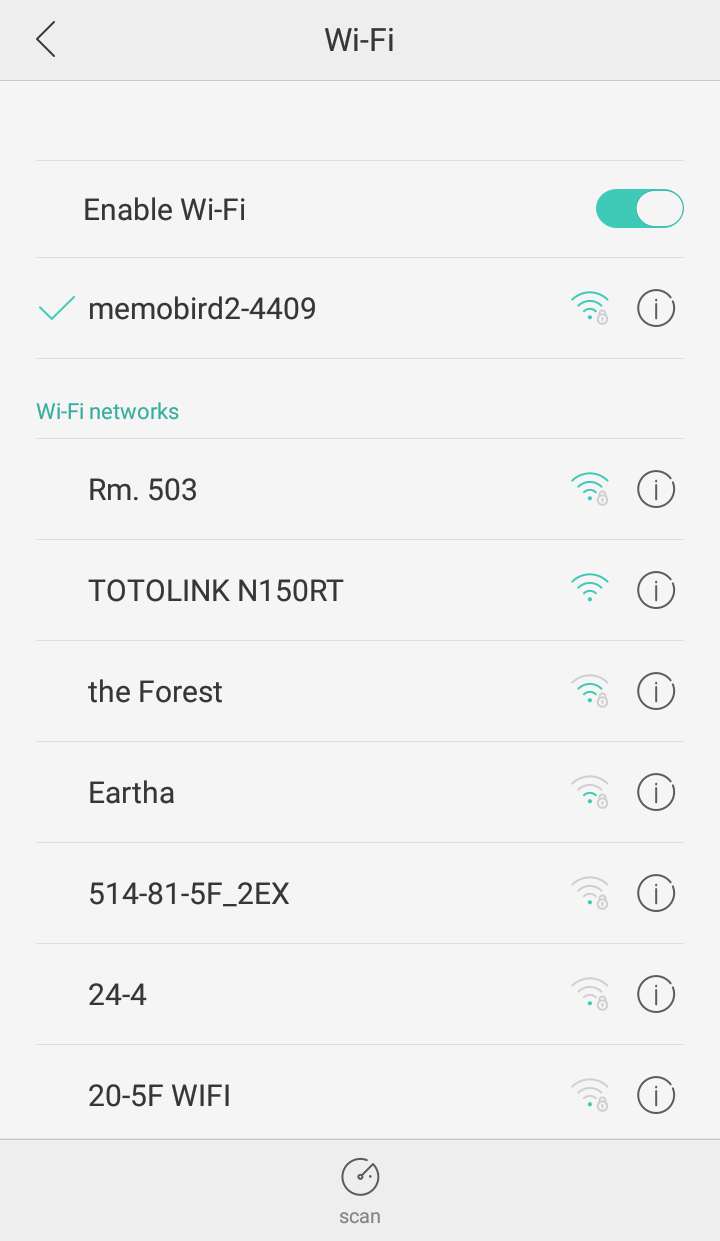 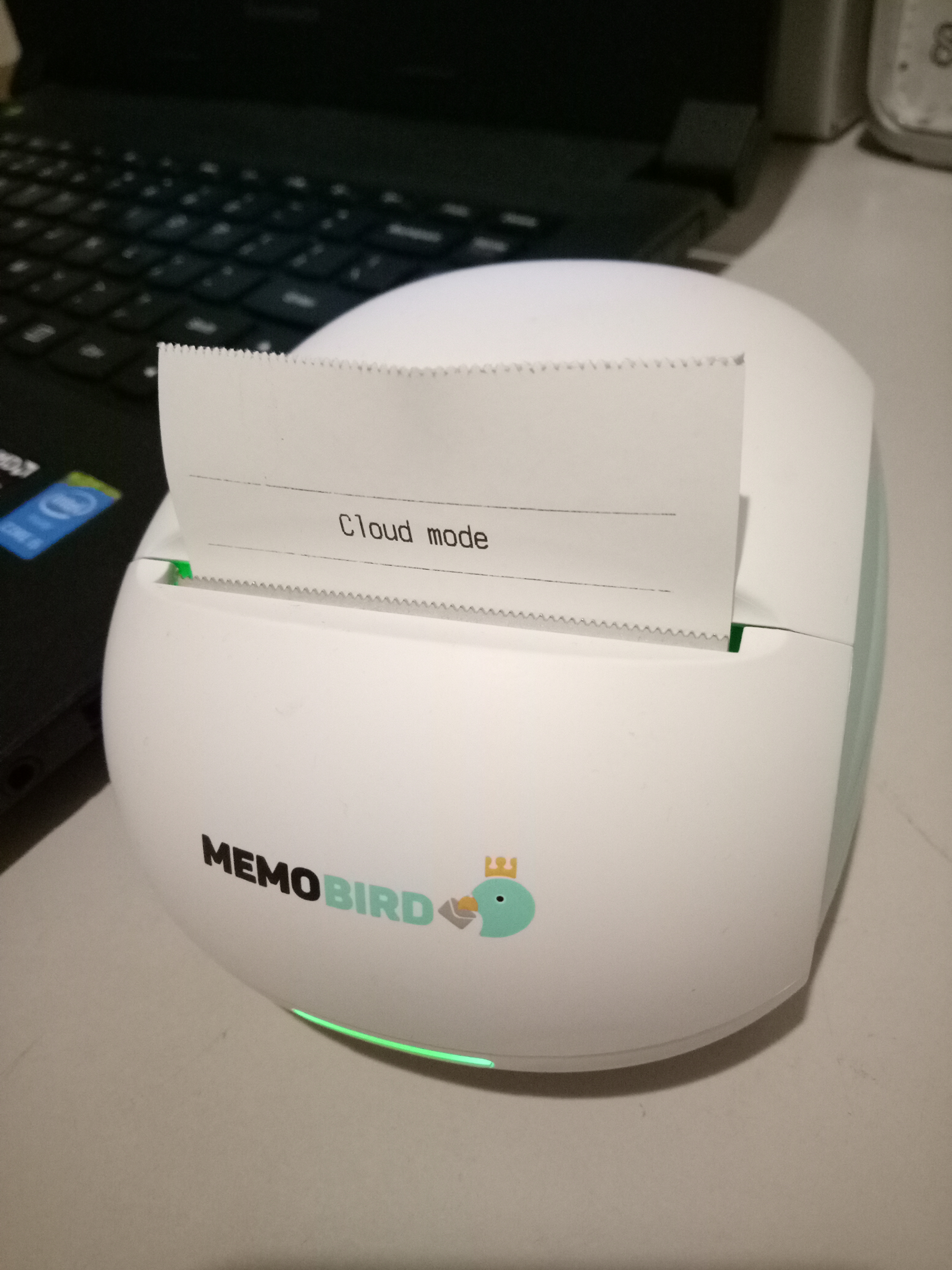